During the reign of Khufu in Egypt nearly 5,000 years ago, spreadsheets written on papyrus or engraved in limestone were used as the ancient reporting solution. Ancients administrators were extremely organized, keeping up-to-date, highly structured documentation of their projects.

Archeologists from the University Paris-Sorbonne and the French Institute in Cairo discovered an ancient harbor complex on the Red Sea coast at Wadi al-Jarf in 2008. At the time, it was one of the most complete and oldest port sites discovered in the world. In the excavation, they discovered extremely detailed tabulated records – some spanning 50cm long – related to the construction of the Great Pyramid of Giza, the sailing routes of ancient Egypt, and the logistics of delivering food to and supplies to wharf workers.

What did these ancient spreadsheets look like, and who wrote them?  The most notable document was a personal logbook by a middle ranking official, an inspector called Merer. The Diary of Merer contains a detailed daily account, spanning several months, of the activities involved in the construction of the Great Pyramid. It is organized as a timetable with months and seasons going across the top and two columns per day.

The document contains details illustrating the complexity and sophisticated organization involved in getting fleets to deliver massive limestone from quarries to the Great Pyramid construction site. From the most intact sections of the diary, archeologists determined that these limestone shipments occurred roughly every ten days and may have delivered nearly 30 blocks of limestone at 2-3 tonnes each (about 200 blocks per month).

Although some of may dread opening up Excel, it looks like even the ancients can attest to the value we find in crunching our numbers into spreadsheets nearly 5,000 years later.

Hopefully your reporting processes aren't feeling as primitive as the ancients after reading this. Regardless, we’d love to help you take them to the future. ConnectReport helps companies automate the creation of  pixel perfect reports, excel spreadsheets, and PDFs on nearly any data source.

We suffered some difficult to track down ECONNRESET errors in our Node.js proxy service until we learned a lot about HTTP persistent connections and Node.js HTTP defaults. 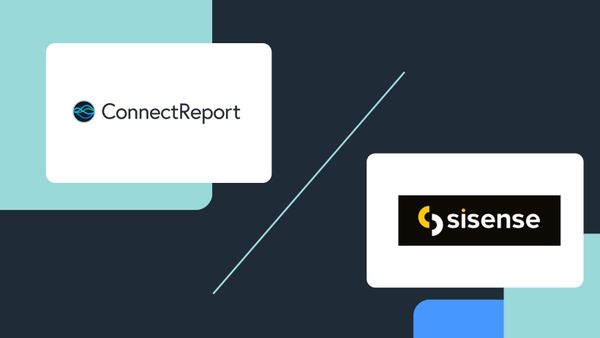 We are excited to announce the availability of Sisense as a supported data source in ConnectReport. ConnectReport is a leader in delivering modern pixel-perfect reporting to address the most sophisticated and complex use-cases around paginated reporting. ConnectReport’s platform eliminates the complexity of delivering scheduled and ad-hoc reports on your